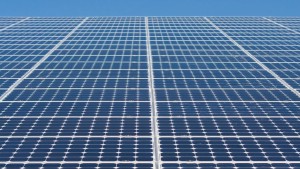 Mark Anderson
Staff Writer
Sacramento Business Journal
Taking a novel approach to developing a workforce for the Sacramento region’s growing solar-power industry, Sierra College this fall will offer a class that will train students to plan, design and install a small commercial solar array — all in one semester.

The 9-kilowatt array will be built on land at the Western Placer Waste Management Authority near Lincoln. Funding for the materials for the program will come from Energy 2001, which operates a 5 megawatt plant at the landfill that converts waste gasses into electricity.

“It’s not a profit-making effort,” said Laura Rasmussen, owner of Energy 2001. Rather, she said, it is about developing workers with needed skills.

“A lot of kids become doctors because their parents are doctors,” she said. “Renewable energy is a new arena, and there are not many mentors.”

Energy 2001 will own and operate the array — which is small for a commercial photovoltaic plant – once it is installed.

“This project illustrates the kinds of hands-on training Sierra College students experience that is so important in today’s economy,” Sierra College president Willy Duncan said in a news release.

“There is a lot of career potential for people who know how to build solar from the ground up — and not just install it,” said Todd Stenhouse, spokesman with Energy 2001.