In its earliest days, Energy 2001 was literally turning methane into electricity using an old tugboat engine (pictured at right). In 2004, the Company was purchased by Laura Rasmussen and Gary Garratt, who immediately began transforming the facility into a model of green energy innovation.

Prior to joining Energy 2001, Garratt ran a number of successful businesses in a career spanning more than forty years—including leadership of construction and chemical companies, as well as power plants in two different states. Sadly, he passed away after a long battle with cancer in 2011. 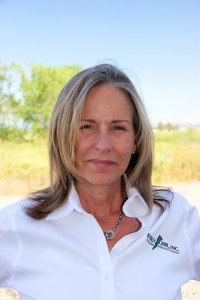 Under Rasmussen’s leadership, Energy 2001 has emerged as one of Placer County’s most compelling small business success stories, and a leader in the growing renewable energy marketplace. Including a 2013 expansion that more than doubled its gas destruction and electrical generation capacity, Energy 2001 has so far invested more than $10 million in the construction and operation of its landfill gas power plant–producing more than 183,175 MW of electricity since 2004, which has been fed into the local power grid and sold to the Roseville Electric Company and Marin Energy Authority to help power thousands of Northern California homes and businesses.

These electricity sales have also generated hundreds of thousands of dollars in royalties for WPWMA and its ratepayers and thousands more in charitable contributions to local organizations working in the fields of education and human services.

Click Here to learn more about our Record of Results